What's the Difference between FS and NPS? 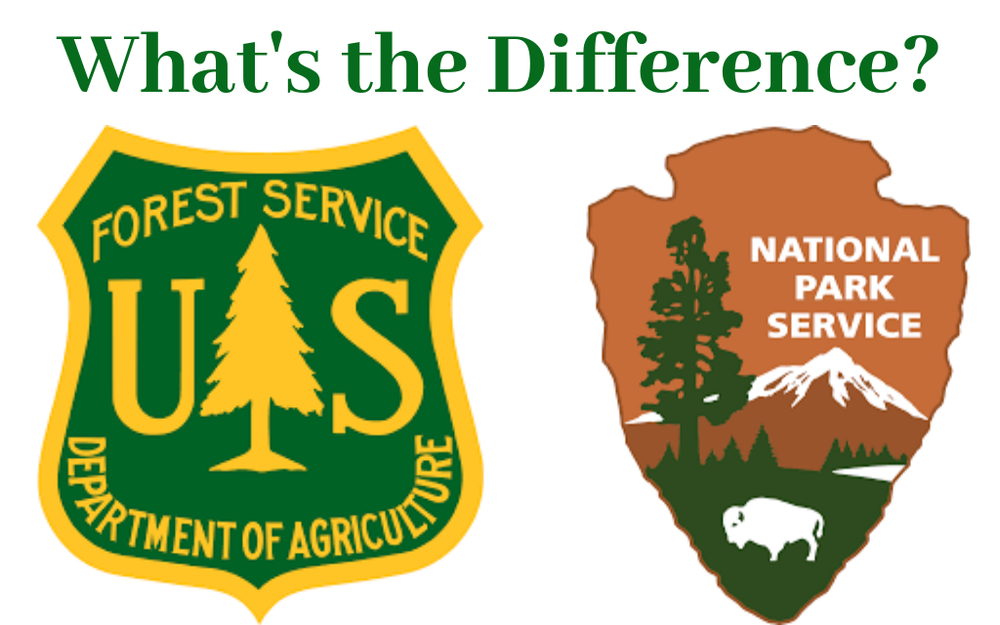 Perhaps the greatest difference between the two is the multiple use mandate for National Forests. While National Parks are highly vested in preservation, barely altering the existing state, National Forests are managed for many purposes—timber, recreation, grazing, wildlife, fish and more.

National Forests - The mission of the USDA Forest Service is to sustain the health, diversity, and productivity of the Nation’s forests and grasslands to meet the needs of present and future generations.