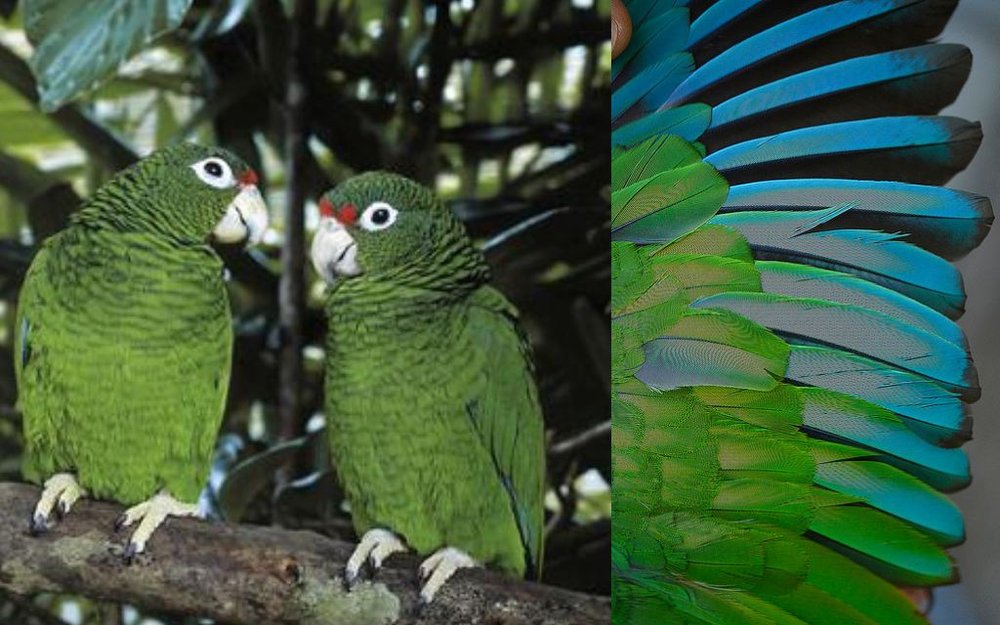 The critically endangered Puerto Rican Parrot or Iguaca, as the Taino Indians called it, is a bright green bird with a red forehead, with a white ring around the eye and blue primary feathers.

The Puerto Rican parrot is a critically endangered endemic species of Puerto Rico, and the only native parrot in the United States. During pre-Columbian times the parrot was abundant, but through the years, deforestation, predation, diseases and poaching caused the population to crash.

In the 1970’s, there were only 13 Puerto Rican parrots left and so began a collaborative effort between state and federal agencies to bring the Parrot back from the brink of extinction. Today, the population has more than 500 birds that are distributed among state and federal facilities and three wild locations: Maricao Forest, El Yunque National Forest and the Rio Abajo Forest. 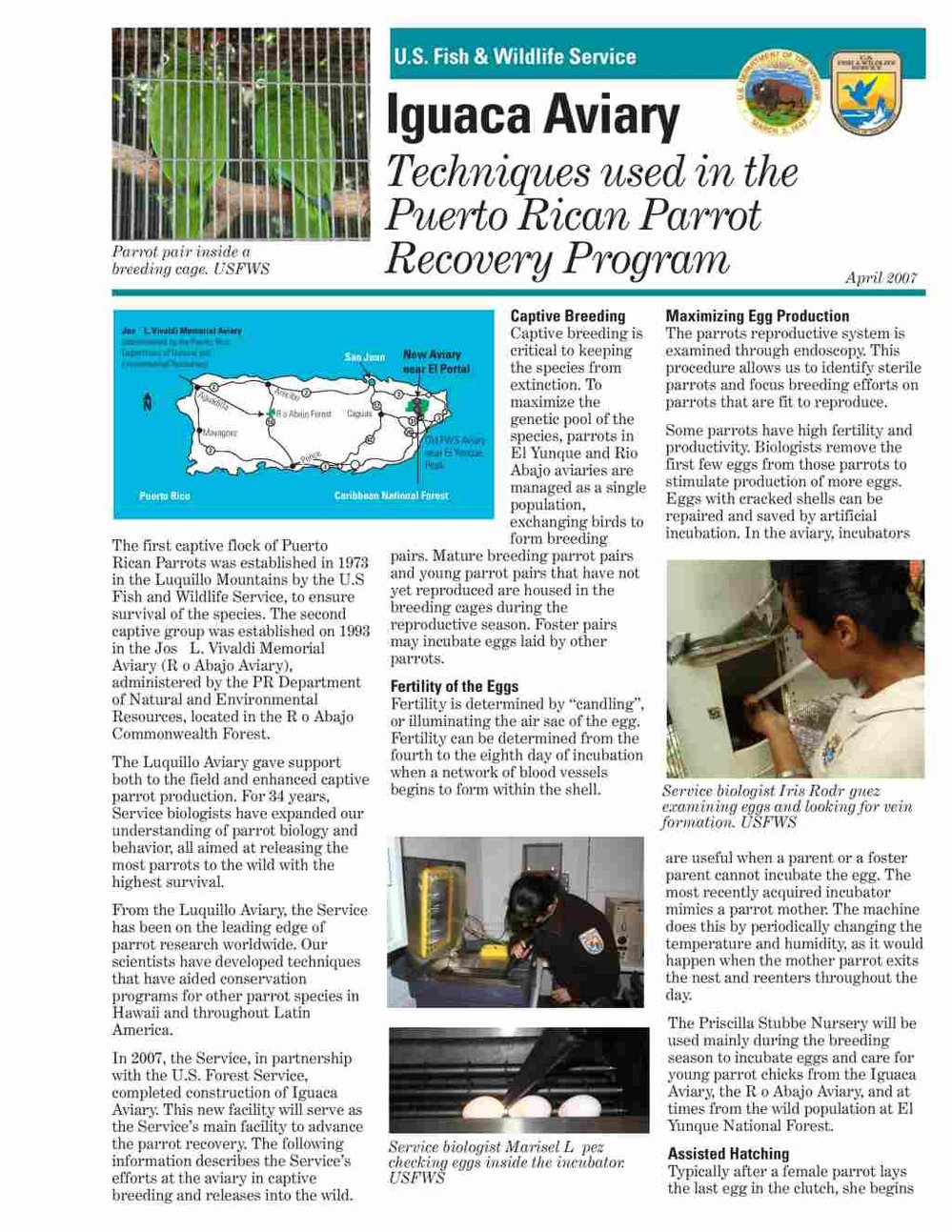 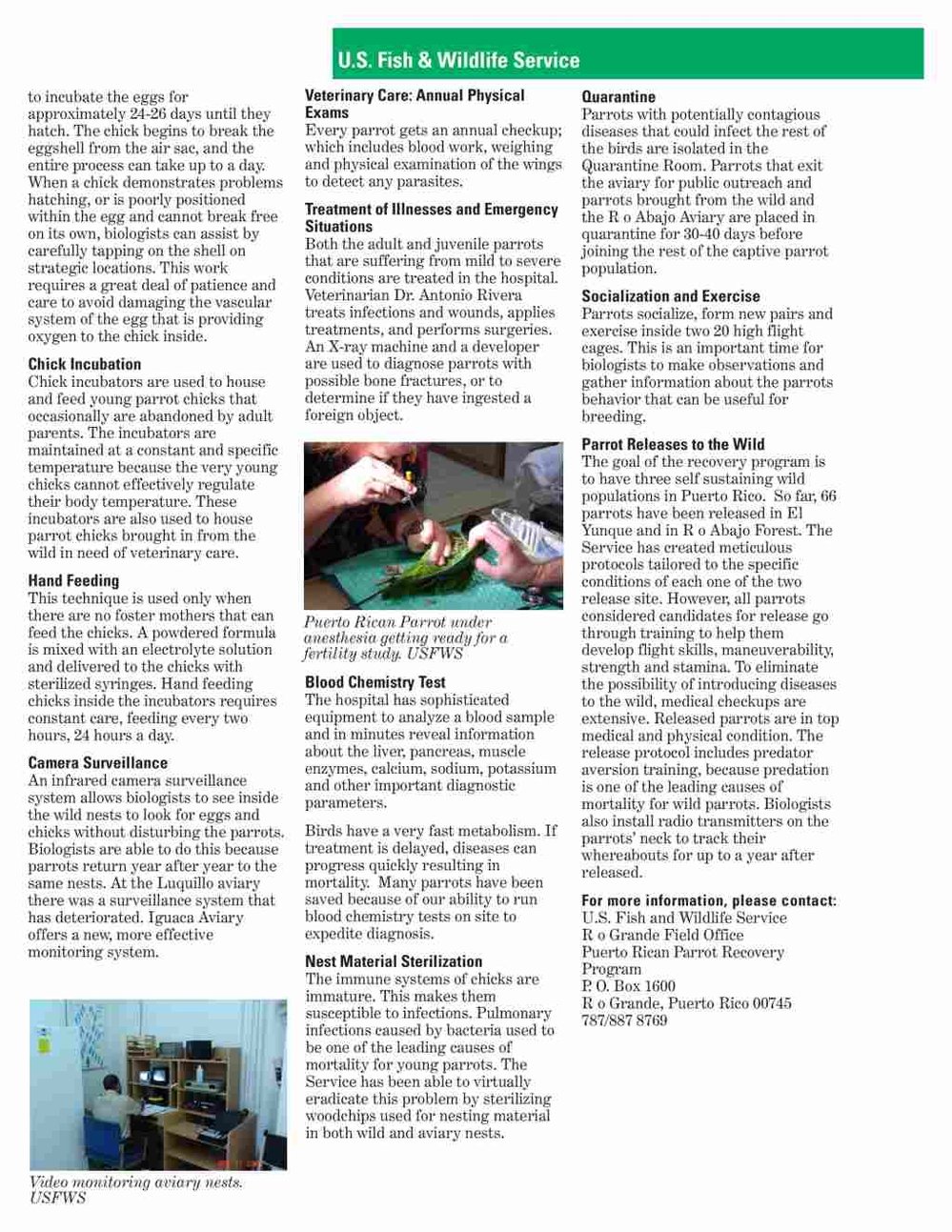