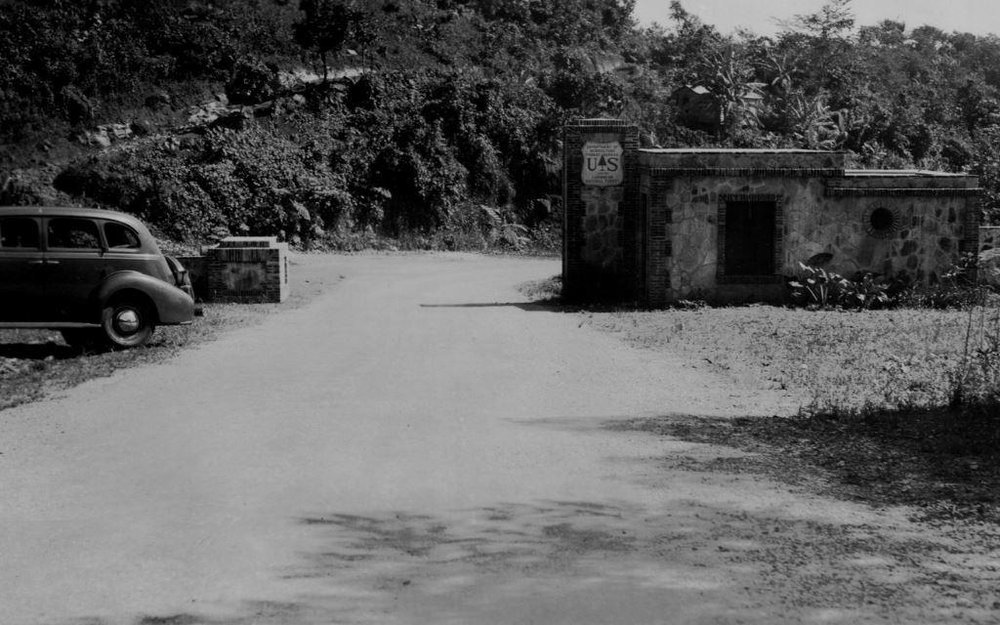 In 1898, the Spanish Crown ceded Puerto Rico to the United States in the Treaty of Paris. By then, most of the island’s original forests had been cut over. However, the Luquillo Mountains still protected about 16 000 ha of forest and shrub land, including nearly 2300 ha of virgin forest at higher elevations.

Between 1891 and 1897, two acts (i.e., Land Revision Act and Organic Administrative Act) passed by the U.S. Government allowed the President to set aside forest lands. Subsequently, in 1903, President Theodore Roosevelt proclaimed the 5,116 acre (2,070 hectare) former Crown reserve to be the "Luquillo Forest Reserve"; named after its location in the Luquillo Mountains which rise behind the island's north-eastern coastal plain. Initially overseen by the US Bureau of Forestry, the reserve was re-named the Luquillo National Forest in 1907 and began to be supervised by the newly organized (1905) US Forest Service, an agency of the US Department of Agriculture. Through the years the Luquillo National Forest grew larger due to land grants, donations and purchases of privately owned parcels. In 1935 the forest was renamed the "Caribbean National Forest" and by that time it totaled more than 20.000 acres. 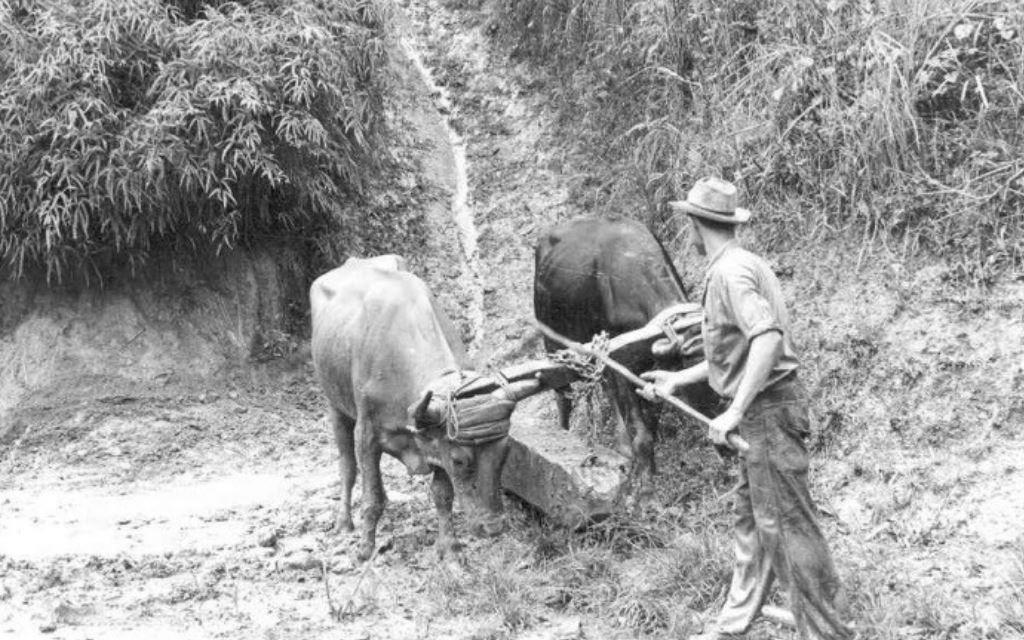 Skidding a tabonuco log into the Luquillo Division, CNF in 1949. Taken by Frank H. Wadsworth. 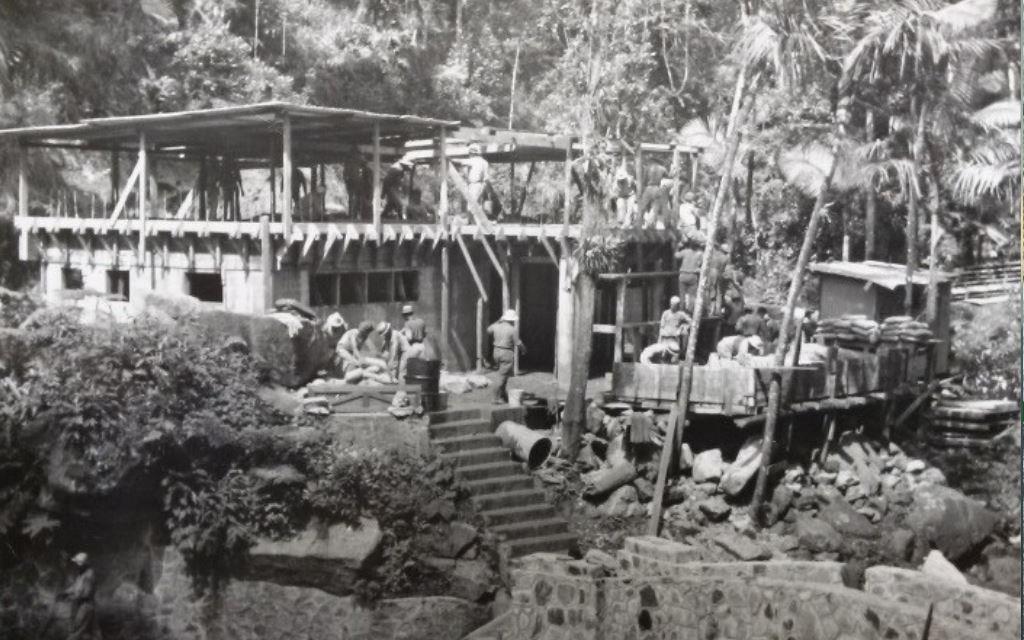 Bano Grande Construction in the 1930's by the CCC 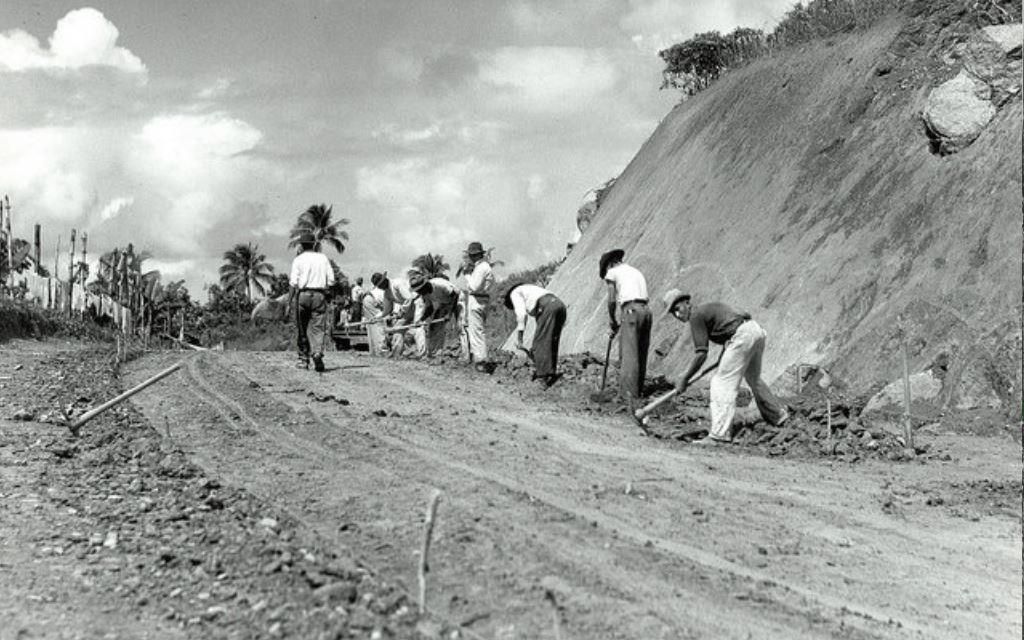 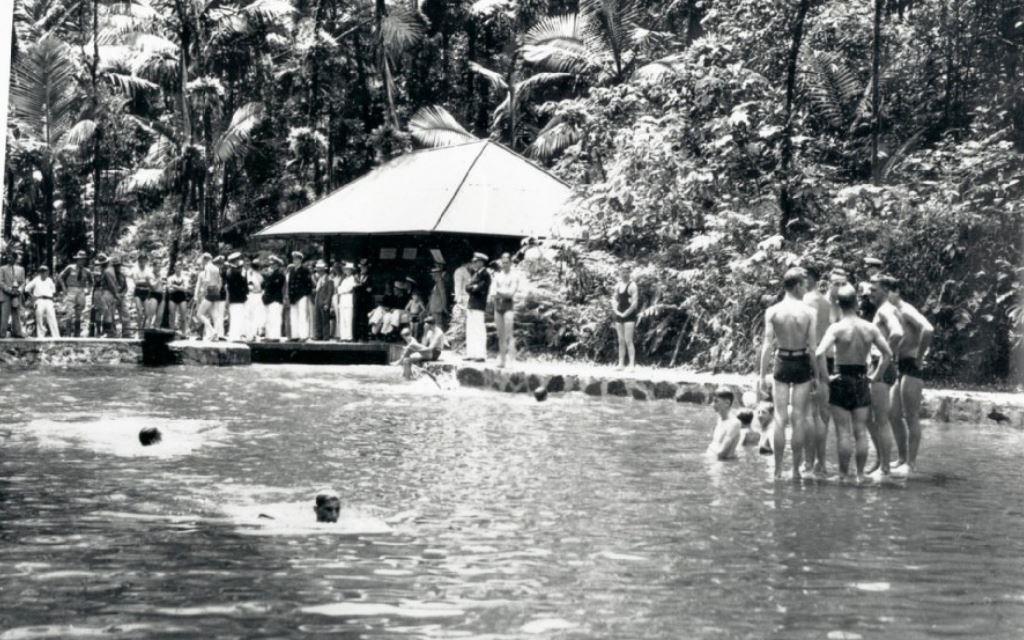 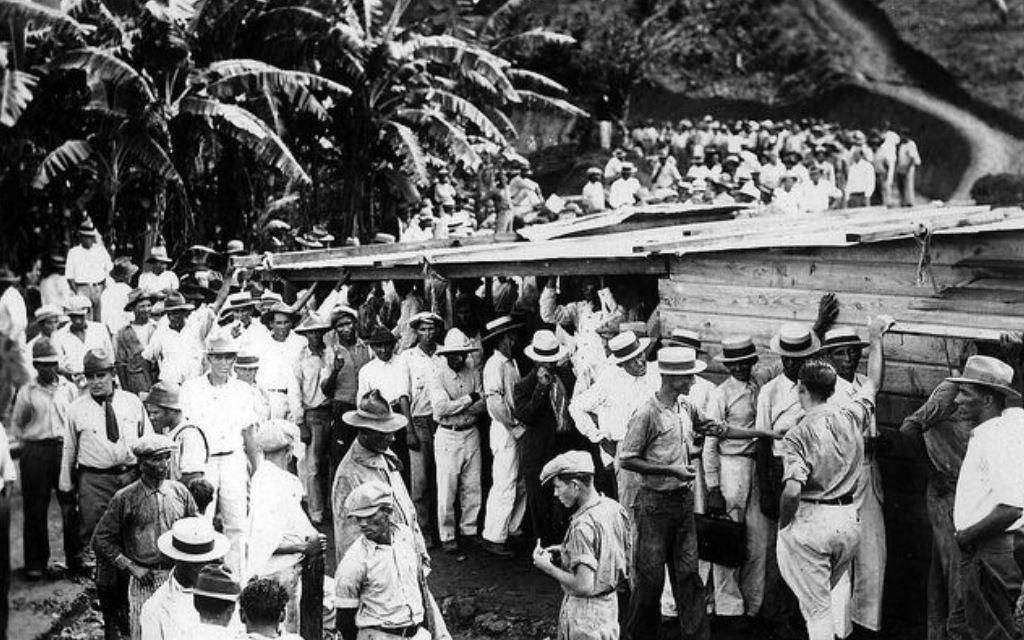