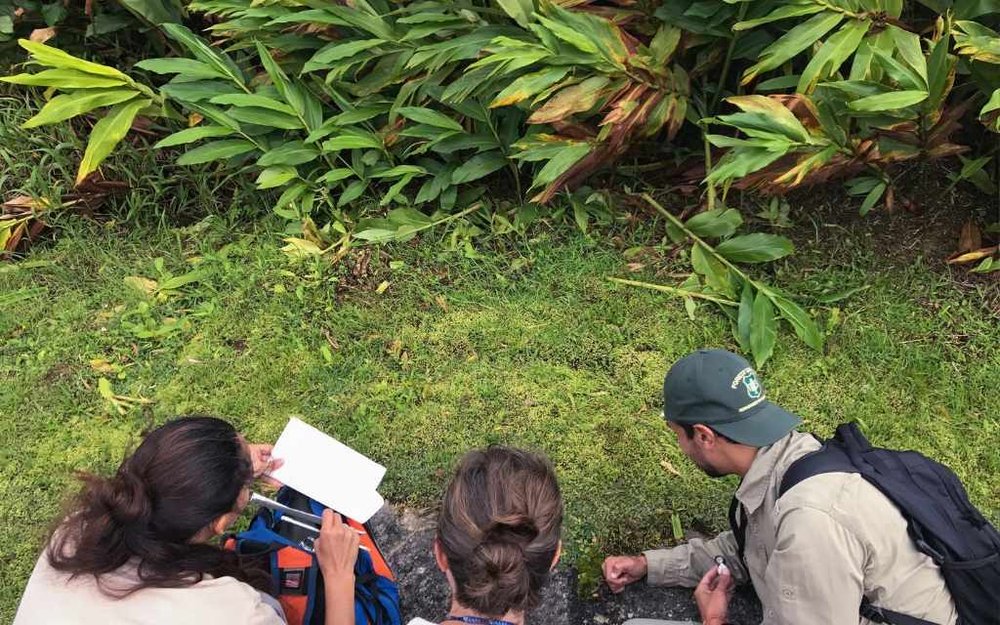 El Yunque National Forest is a living research laboratory. It is one of the most studied forests in the world and El Yunque has been the home for hundreds of scientific studies and dissertations in a wide range of fields, and today, much of what we know about tropical forests comes from research done in El Yunque. There are many designations that El Yunque has been given that reflect its’ importance to scientific research and forestry:

1976 - The entire forest was designated as a Biosphere Reserve, which is an internationally protected area managed to demonstrate the values of conservation. Biosphere Reserves are designated by the United Nations Educational, Scientific, and Cultural Organization (UNESCO) based on nominations submitted by countries participating in the Man and the Biosphere Program (MAB) launched in 1971. As of 2011, there were 564 biosphere reserves in 109 countries (UNESCO 2011). Biosphere Reserves represent voluntary cooperation among people to conserve resources for human benefit. The reserves provide a global network for cooperative research and demonstrate the sustainable use of resources.

1990 – Designated as a Long-term Ecological Grid, the Luquillo Forest Dynamics Plot (LFDP). Information from the LFDP contributes to the efforts of the Center for Tropical Forest Science (CTFS, Smithsonian) international network of large tropical forest plots in order to improve our understanding of tropical forest and to predict its future. Large plots (typically 50 ha) are required to cover local environmental variation, include sufficient numbers of individuals of both the common and rare species, and to determine plant spatial relationships. Population monitoring is required over many years to elucidate tree life histories, species interactions and population changes in order to determine the forest response to environmental changes and disturbance. Since 1990, more than 170,000 woody stems have been tagged and identified in the LFDP in order to examine the mechanisms promoting species diversity and coexistence in tropical forests, such as competition, heterogeneous environmental conditions, and disturbances (hurricanes and past land use).

2007 – Designated one of 9 Critical Zone Observatories (CZO) studying the "Critical Zone": Earth's permeable near-surface layer... from the tops of the trees to the bottom of the groundwater. It is a living, breathing, constantly evolving boundary layer where rock, soil, water, air, and living organisms interact. These complex interactions regulate the natural habitat and determine the availability of life-sustaining resources, including our food production and water quality. In El Yunque they study how Critical Zone processes and water balances differ in landscapes with contrasting bedrock but similar climatic and environmental histories. Learn more here: https://criticalzone.org/national/blogs/post/what-is-the-luquillo-czo/

Management: The research aspects of the forest are managed by the International Institute of Tropical Forestry (IITF), headquartered in Río Piedras, Puerto Rico. It is a Forest Service research and technology transfer institute that is dedicated to advancing tropical forestry on insular, national, and international levels, and developing and exchanging knowledge critical to sustaining benefits of tropical forests and grasslands. The Institute has been in continuous operation since its inception as the Tropical Forest Experiment Station in 1939. IITF maintains the oldest forest research plots in the hemisphere dating back to the 1940s and maintains continuous growth records on over 20,000 trees. It partners with many organizations and educational institutions to carry out its‘ work. Learn more about the IITF and the research it does: https://www.fs.usda.gov/detail/iitf/research/?cid=fseprd487298 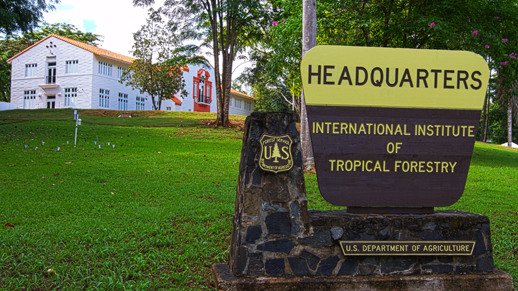