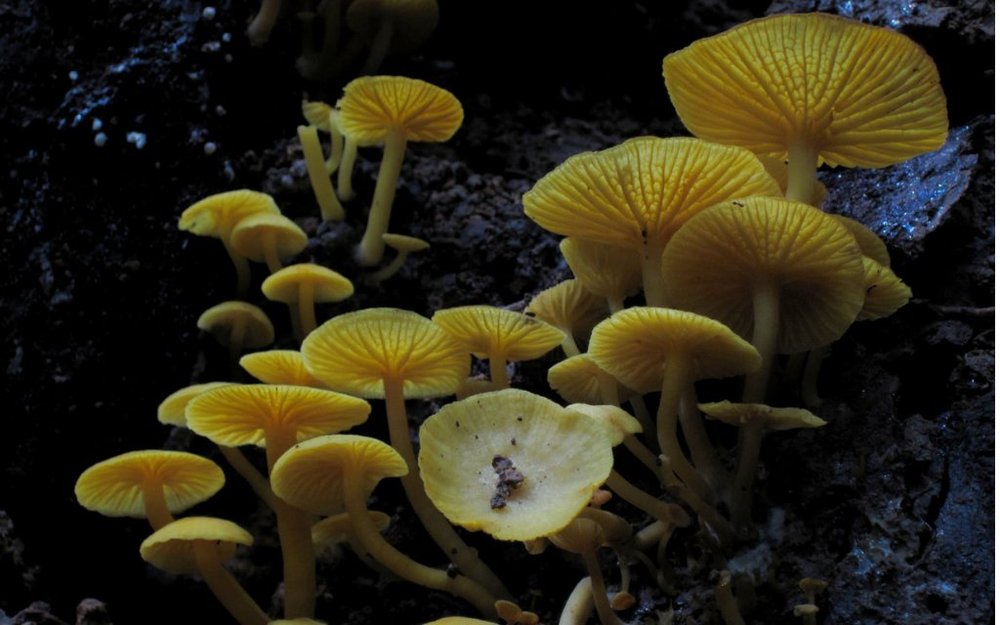 What is a fungus?

A fungus (plural: fungi) is a kind of living organism: yeasts, molds and mushrooms are types of fungi. The fungi are a separate kingdom of living things, different from animals and plants.

Like animals, humans and most bacteria, all fungi are heterotrophs. This means that they get their energy by degrading organic substances. Fungi are important for recycling nutrients through decomposition of fallen wood and leaves, releasing nitrogen, phosphorus and potassium that are then available for plant growth. Some fungi obtain sugar from live host plants.

Of the trees in El Yunque, 97% give beneficial fungi in their roots sugars in exchange for mineral nutrients and water that the fungi transfer to their host plants from the soil. Fungi are also eukayotic organisms, meaning they have cells with a true nucleus that carries DNA information. Their cell walls contain chitin, unlike the cell walls of plants, which contain cellulose.

The fungus kingdom encompasses an enormous diversity with varied ecologies, life cycles, and morphologies ranging from unicellular aquatic chytrids, and unicellular yeasts used to make bread and beer, to large mushrooms. These take all sorts of forms depending on the species, including the typical umbrella-shaped mushrooms, or shelf-like wood ears, or even mushrooms that look like branching coral.

Of the approximately 1.5 million fungal species in the world, about 95 percent are undescribed (Hawksworth 1993). Therefore, the fungi of Puerto Rico and the Luquillo Experimental Forest (LEF) are relatively well known by comparison. In a given field expedition to any site in El Yunque, approximately 15 to 30 percent of the fungal species collected are new records or species.

What is a lichen?

A lichen is not a single organism. Rather, it is a symbiosis (living together) of different organisms - a fungus and an alga or cyanobacterium. Lichens possess structures not formed by either of the partners and produce chemicals usually absent when the fungus or the photobiont are separate and so lichens are more than a sum of their parts.

The lichen flora of Puerto Rico is not yet fully documented and there is much potential for the discovery of new species.

To learn more about lichens in Puerto Rico, you can visit these two documents:

Where can you see examples of fungi and lichen in El Yunque?

Pretty much everywhere! From the roots to the tips of their branches, trees are often home to moss, lichen and fungi species. They can also be found on other natural surfaces like soil, rock, wood, bone; and on items that are man-made (asphalt, concrete, glass, canvas, metal). Take a moment to inspect the trees around you to see the rich variety found in such a small space. 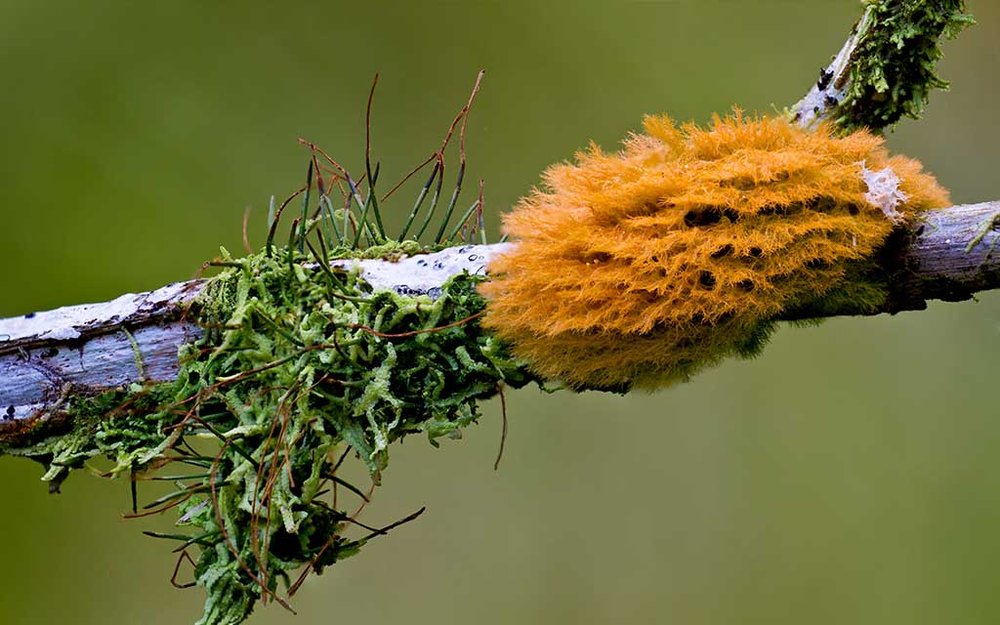 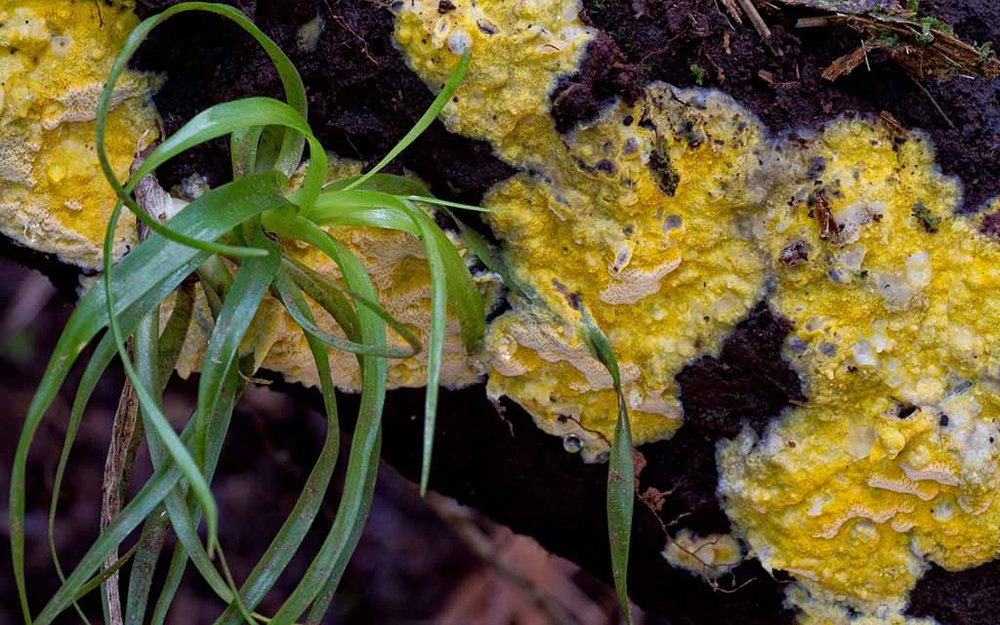