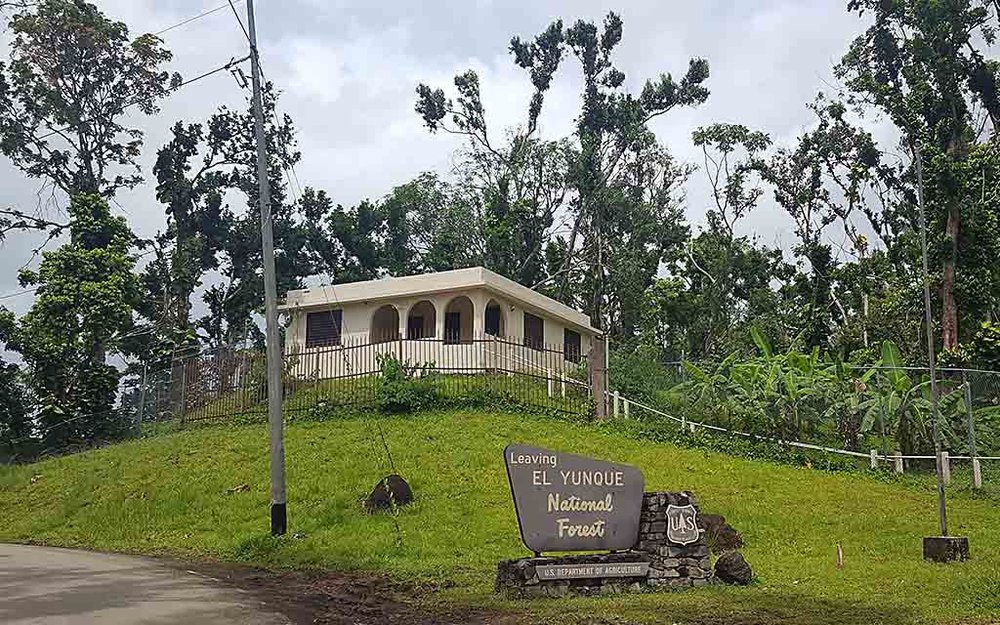 This is the only remaining CCC built Ranger Station & Residence left in El Yunque. It is a Registered Historic Property.

The architecture of the El Verde Ranger Station and Residence reflects traditional Caribbean Creole and modern styles, as interpreted by the CCC in the 1930s. The CCC masonry/concrete ranger residences constructed in the 1930s, are “generally a rectangular, one story, flat-roofed, box-like structure” that predates the Puerto Rican Urbanización style which has since proliferated throughout the island. These CCC constructed buildings are some of the early rural examples of this style of building type which had its beginnings as early as 1909, and later flourished on the island in the 1950s. The construction of these buildings served as a “classroom” to instruct large numbers of workmen in the application of reinforced concrete construction techniques, increasing the trained workforce who continued to construct residential and public buildings with these materials.