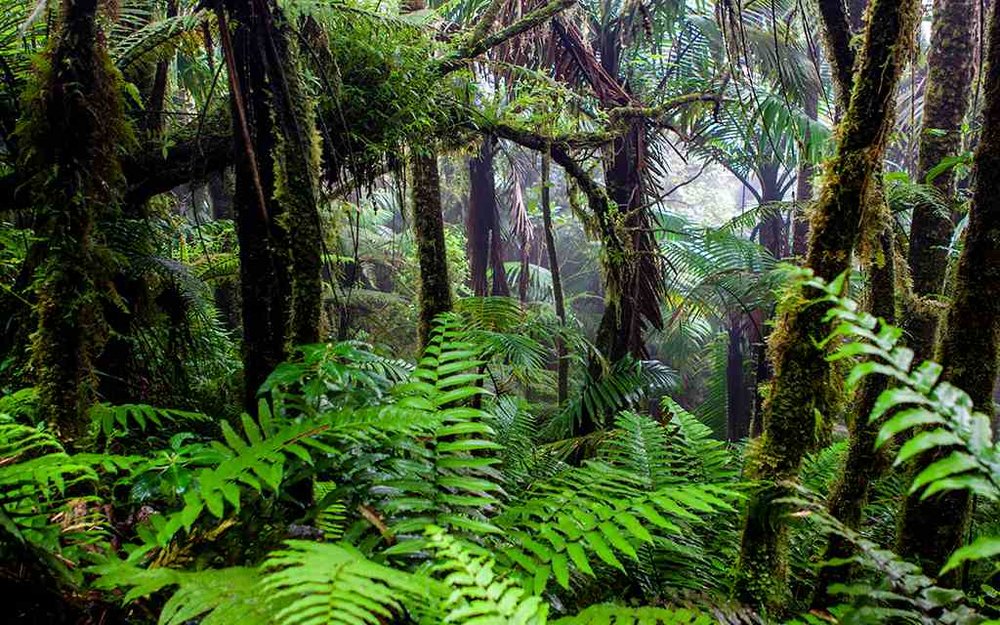 Special Note: These pages are designed as a brief reference for some of the natural resources found in El Yunque National Forest. This is not a comprehensive dataset nor is it meant to be. It is a set of pages with photos and brief descriptions of common, interesting and sometimes rare creatures and organisms of the forest.

While El Yunque is one of the smallest forests in the National Forest System, it has more biodiversity than any other forest! In fact, there are about as many tree species here at El Yunque— about 250 different types of trees on less than 30,000 acres—as on all the 192 million acres of other national forests combined.

A rich variety of aquatic life is found in the area's many streams, which provide a valuable water source for thousands of Puerto Rican residents.

The area features the largest number of native tree species in the NFS, contains 50 varieties of orchids and more than 150 species of ferns, and is home to eight federally listed endangered plants and 30 sensitive plant species.

The area is also rich in wildlife. It is occupied by 42 year-round species of birds and is of great importance to at least 35 neotropical migratory bird species including the Peregrine Falcon, Merlin and the Black-throated Blue Warbler. The El Toro Wilderness provides habitat for the endangered Elfin Woods Warbler, the Puerto Rican Boa, the Desmarest's fig eating bat, five species of Coquis (small frogs), and the Puerto Rican Parrot.