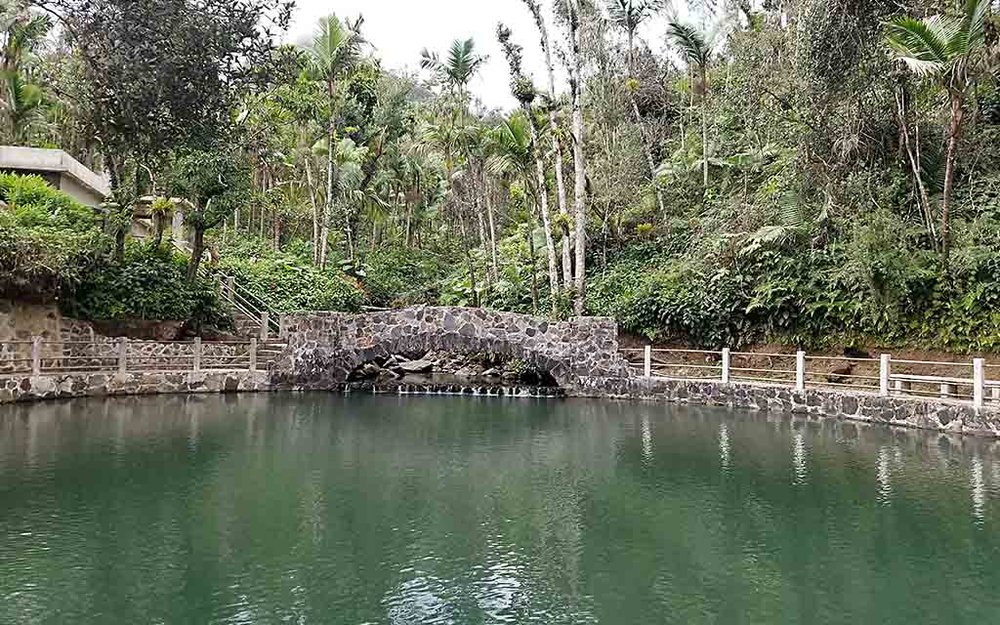 Baño Grande is located within the boundaries of the Mature Palo Colorado montane cloud wet forest and is surrounded by lush tropical vegetation distinctive of this environmental setting. The property itself was built on the bed of an unnamed creek which is part of the La Mina River watershed.

It is a beautiful man made pool filled with the waters from an upper branch of La Mina River. This 18 feet (5.4 meters) deep pool is formed by a stone and masonry dam over which water cascade. Surrounded by a cobblestone path and arching stone and masonry bridge. Built in the late 1930’s by the Civilian Conservation Corp (CCC), this complex is the largest and most impressive manmade swimming pool in La Mina Recreational Area. The pool was in continuous use from 1936 to 1968 when it was closed to swimmers over safety concerns, and turned into a scenic spot instead. The pool is one of the best preserved examples of the early New Deal era concrete and masonry construction left in Puerto Rico.

Have you seen it? There is an original concrete drinking fountain (no longer operational) that is original to the CCC construction in the late 1930's.

Bathhouse: Adjacent to the bridge a set of stairs leads up to the International style reinforced concrete bathhouse building located over a small flat area to the southwest of the pool. The original wooden bathhouse was replaced by the building of a reinforced concrete one and was designed by Forest Service Engineer H. Randolph. It stands in stark contrast to the rustic design of the pool due to its modernism. The design broke with the “integrated with nature” aesthetic design originally intended during the creation of Baño Grande in 1935-1936. The use of the new style responded to the construction tendencies that were put in place during the emergency relief programs of the era such as the PRRA.

Location: Baño Grande is located across from Palo Colorado at the trailhead of El Yunque trail at PR 191, km. 11.9.

Special Safety Messages: Steps leading to the pool and bathhouse can be slippery.

Record your visit to Baño Grande