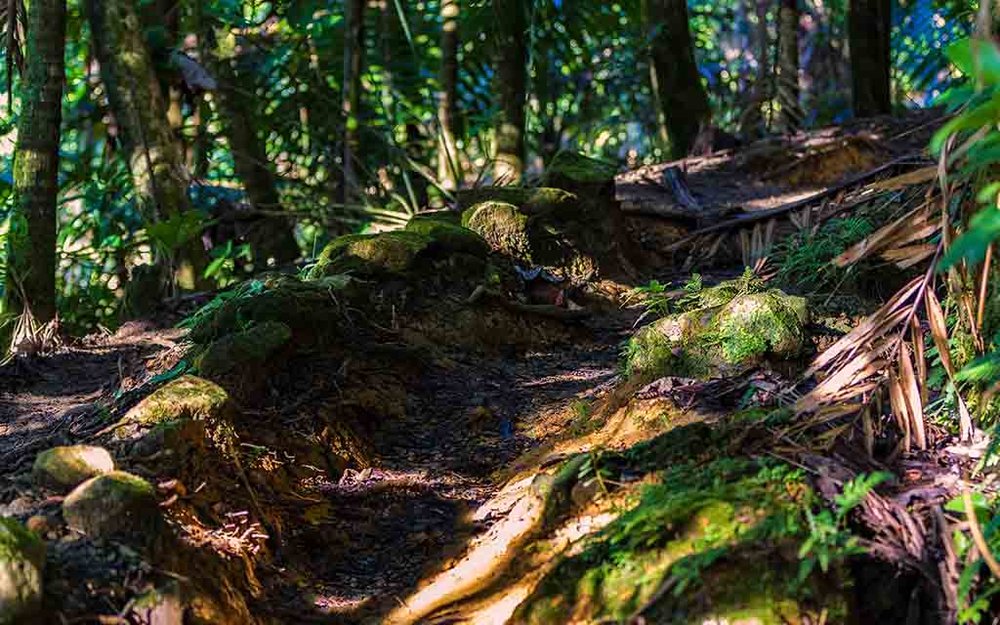 This is a short trail that takes you along a river through lush forest. You will pass Baño de Oro and also old fish hatchery tanks from the 1930’s. These tanks were an attempt to breed trout, but were unsuccessful as the fish did not want to spawn in the climate. You will cross over two creeks before merging with El Yunque Trail.

Baño de Oro is a former swimming hole that is now a popular spot for photo opportunities. It was built in the mid-1930’s by the Civilian Conservation Corps (CCC) in pits previously excavated by Spanish gold seekers. During construction, pieces of iron and pottery were found. It is a registerd National Historic Property. This water hole takes its name from the Río Baño de Oro, which feeds the pool. Meaning ‘bath of gold’, Spaniards gave the river this name because they mined it for gold during the 16th century.

Special Safety Messages: It can be slippery and water also gathers in some locations on the trail.