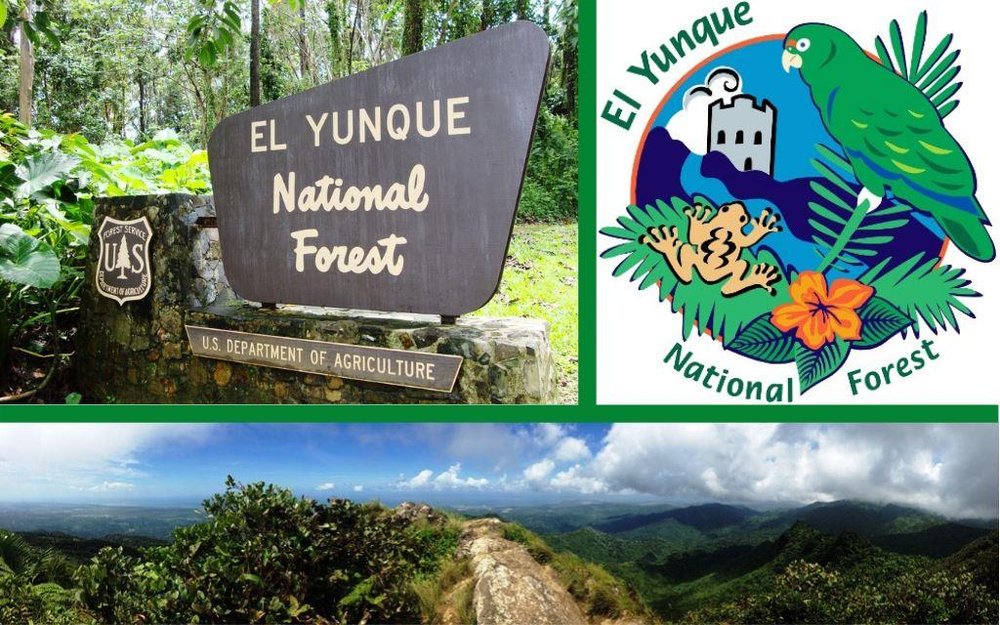 Located on the Caribbean Island of Puerto Rico in the Greater Antilles group, the El Yunque National Forest is the sole tropical rain forest in the U.S. National Forest System. The forest’s relatively small 28,516 acre size belies its importance. It differs significantly from all the other U.S. National Forests because of its year-round tropical climate and immense biodiversity.

The rugged Luquillo Mountains that rise to 3,533 ft. above sea level comprise most of the forest land. Their steep slopes can sometimes receive rainfall of over 200 inches (508 centimeters) per year at higher elevations. Caressed by gentle easterly winds the forest has an average temperature of 73° F (21° C), and seasonal changes are almost imperceptible. It is the ideal climate for exuberant tropical vegetation.

The rain forest is noted for its biodiversity; it is “home” to thousands of native plants including 150 fern species, 240 tree species (88 of these are endemic or rare and 23 are exclusively found in this forest). The El Yunque National Forest has no large wildlife species, but hundreds of smaller animals abound in this gentle forest, many of which exist nowhere else on the planet. 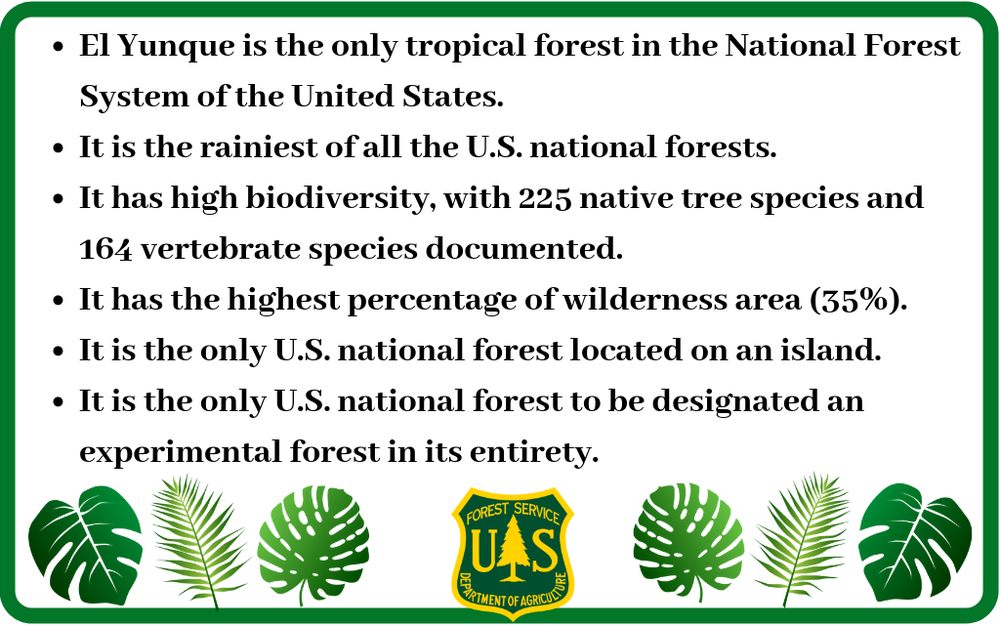 About U.S. Forest Service
Forest Management Plan
About this App: Acknowledgements and Disclaimers